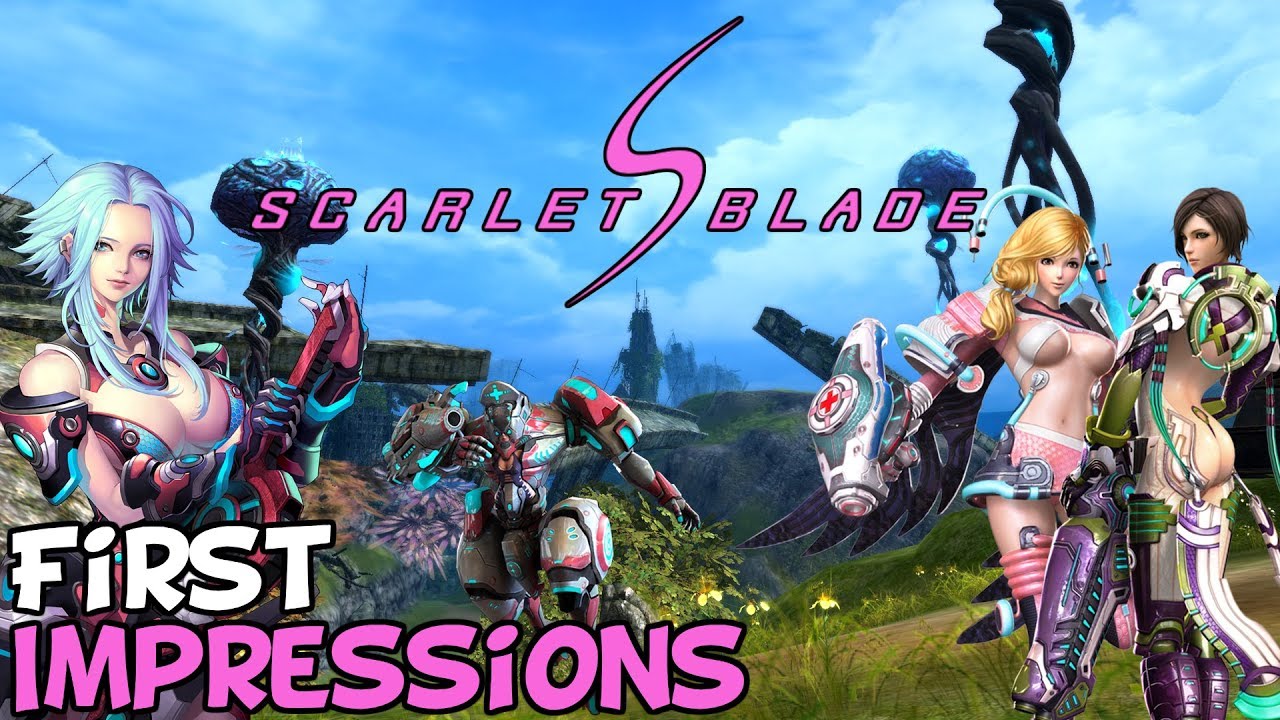 Scarlet Blade First Impressions / Early Game Review
Scarlet Blade is an MMORPG that was initially released in the west in 2013 under publisher Aeria games, 1 year after release however was shut down and taken over by vendetta gaming network where it can be played for free to this day, the game features tab targeting combat, PVP battle grounds, mounts, solo dungeons, the ability to turn into a giant mech as well as lots of boobs

I stream on a regular basis – Twitch TV:

Scarlet Blade (known as Queens Blade in Asia) came to the west in 2013 under publisher Aeria games, and is known as one of the more controversial MMOs to come out in recent years due to the female characters clothing leaving very little to the imagination, other than that It’s a fairly standard kind of MMO in which you kill monsters, collect stuff, level up, partake in PVP aswell as Dungeons, the game can currently be played for free however it doesn’t run as smoothly as you’d expect from a game of this art style.

Scarlet Blade First Impressions “Is It Worth Playing?”