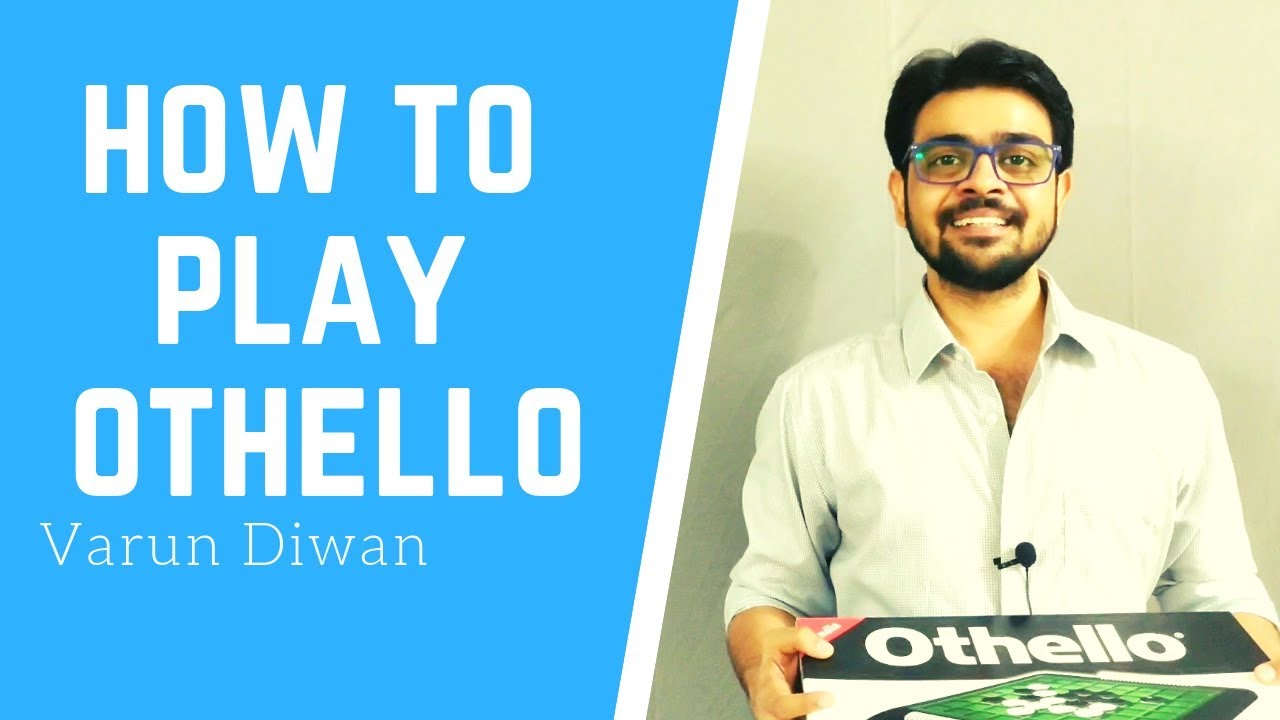 How To Play Othello/ Reversi & Review

Game Play-
Othello is a strategy board game played between 2 players. One player plays black and the other white.

Each player gets 32 discs and black always starts the game.

Then the game alternates between white and black until:

A player can not voluntarily forfeit his turn.

When both players can not make a valid move the game ends.
Valid Moves-
Black always moves first.

A move is made by placing a disc of the player’s color on the board in a position that “out-flanks” one or more of the opponent’s discs.
A disc or row of discs is outflanked when it is surrounded at the ends by discs of the opposite color.

A disc may outflank any number of discs in one or more rows in any direction (horizontal, vertical, diagonal).

For example a white piece is being placed on the board that creates a straight line made up of a white piece at either end and only black pieces in between.
All the discs which are outflanked will be flipped, even if it is to the player’s advantage not to flip them.

Discs may only be outflanked as a direct result of a move and must fall in the direct line of the disc being played.

If you can’t outflank and flip at least one opposing disc, you must pass your turn. However, if a move is available to you, you can’t forfeit your turn.

Once a disc has been placed on a square, it can never be moved to another square later in the game.

When a player runs out of discs but still has opportunities to outflank an opposing disc, then the opponent must give the player a disc to use.

End of the Game-
When it is no longer possible for either player to move, the game is over.

The discs are now counted and the player with the majority of his or her color discs on the board is the winner.

A tie is possible.

Time Limit-
Players can start with a preset time limit for their total number of moves. This timing element adds more pressure to the game.

The clock will start counting down at the beginning of a player’s first move and be paused each time they complete a turn whilst the opposing player’s clock is ticking down.

There are varying time limits ranging from 5 minutes up to 30 minutes as seen in the world championship rules.

When one player’s clock runs out of time, no matter what the position or number of chips on the board, that player loses the game.

Encourage Your Kid to Think Creatively

Children should play games that allow them to think outside the box and make use of their grey cells. Instead of playing video games or any regular game, gift your kid the Funskool Othello board game and watch his or her bright young mind make a difference. An absolutely addictive game, this Othello board game helps develop tactical as well as strategic thinking within your child. It helps children think laterally, which will assist them later on in life when they’re writing competitive exams for their careers. Ideal for kids aged 8 years and above, this board game is a must-have addition to your collection.

This Funskool Othello game requires years to develop thoughtful strategies, even though it takes minutes to understand the rules of the game. The more you practice, the more strategies you will develop and implement while playing. Each player chooses a white or black side from the 64 reversible disks on the board. On each turn, a player must try and lock his/her opponent’s disks between his/her disks and then turn them to match his/her side. To win, you must have a maximum of your pieces facing upwards. Devise various strategies to lock and twist your opponent and win this strategy board game.