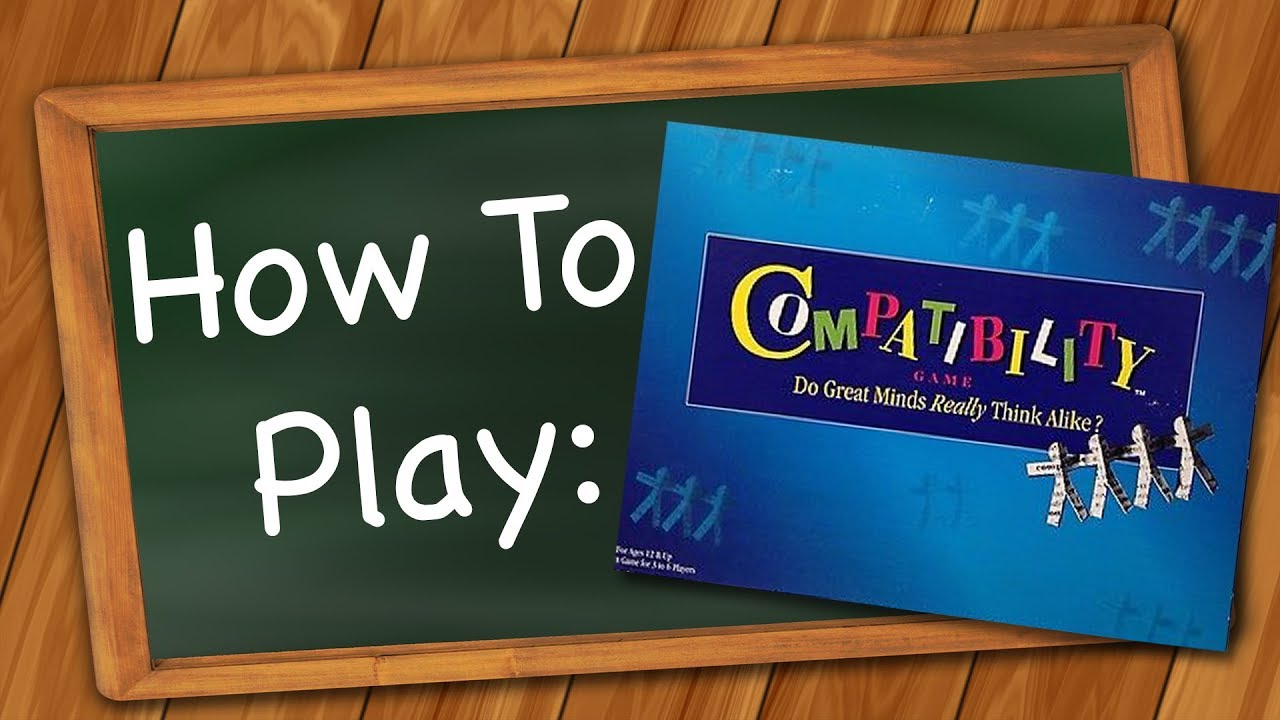 Learn the rules to the board game Compatibility quickly and concisely – This visually rich video has no distractions, just the rules.

Don’t own the game?
Buy it here: (This Amazon Affiliate link directly supports me)
RULES:

The object of the game is to be the first team to the center finish space. Layout the board and divide up into teams of two. Each player receives a deck. All the decks are identical. Connect each player’s color marker to their teammate and place them on the start space. Your marker’s color should match your deck’s color. Teammates must sit directly across from each other.

Pick a team to go first. Roll a die and draw a topic card. Read the topic aloud as corresponds to the die number rolled. Each player now is trying to pick picture cards from their deck that they associate with the topic read. What ever number space your team is on, that is how many cards you must select for a given topic.

You are trying to pick the same cards as your teammate. You are not allowed to signal or clue in your teammate as to what to pick. All cards picks remain facedown in front of you. Line them up horizontally with your strongest pick first. And your weakest pick last. Your teammate’s order will be backwards.

Once all the teams have their cards picked and placed in the facedown order they want. Then taking turns, teammates reveal their card picks in order, strongest to weakest. The teammates revealing cards should be directly across from one another physically on the table.

Once all the cards are flipped you score points. If both players picked a card that has the same image and are ordered in the same spot so the cards are directly across from one another, a direct match, each match is worth 3 points. If the teammates picked an identical card but the order isn’t in the same spot, an indirect match, each of those matches is worth 2 points. Cards that don’t match are worth 0 points.

Add your score together for the turn and move your marker counter clockwise around the board that many spaces. The new number you land on determines how many cards you pick that turn. If you scored zero points, you do not move.

Once both teams have revealed their cards and scored points, a new player rolls the die and reads the topic. The first team to reach the finish wins.