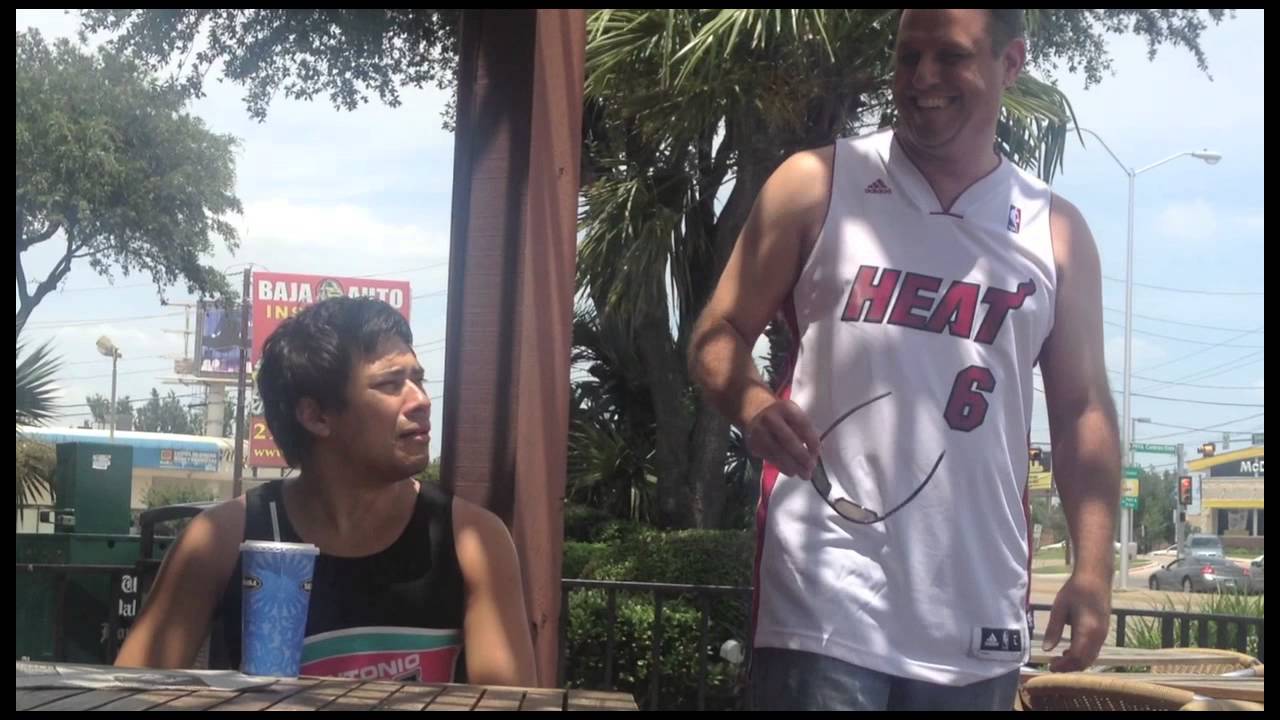 ADDISON, Texas (June 7, 2013) — While the San Antonio Spurs® and Miami Heat® battle it out on the court, Fiesta Restaurant Group’s® (NASDAQ: FRGI) concepts are having a showdown of their own.

Upping the ante a bit, if the Spurs “sweep” the Heat, then the Pollo Tropical executive team will sweep an entire Taco Cabana parking lot, too. Because the Spurs won game one Thursday night, the Heat cannot “sweep” the Spurs.

“At both Taco Cabana and Pollo Tropical we have some of the biggest NBA fans out there. The executive teams at both concepts wanted to show some support for their hometown teams while having a little fun,” said Tim Taft, Fiesta Restaurant Group, Inc. chief executive officer. “The real fun will come when we get to sit back at Fiesta and watch either executive team bus the tables at one of our concepts.”

About Pollo Tropical
Pollo Tropical, a subsidiary of Fiesta Restaurant Group, owns and operates 95 locations in the United States (Florida, Georgia and Tennessee) plus four licensed restaurants located on college campuses in Florida. The company has 33 international franchised locations in Puerto Rico, the Bahamas, Costa Rica, Ecuador, Honduras, India, Panama, Trinidad & Tobago, Venezuela and has development agreements in place for additional franchised units in those areas. Pollo also has development agreements in place for future franchised restaurants in Aruba, Bonaire, Curacao, and Guatemala. The first Pollo Tropical restaurant opened in 1988 in Miami, Florida. The unique restaurant concept is known for its fresh, never frozen, open flamed grilled chicken, marinated in a proprietary blend of tropical fruit juices and spices, as well as authentic made-from-scratch side dishes. For more information on Pollo Tropical, including menu items and nutritional information as well as information about international franchising, visit Pollo’s website at www.pollotropical.com.